Capt. Louis shared his personal story about PTSD after active military duty and his struggles to re-enter his job as a paramedic as a veteran. It wasn't until he obtained a service dog to aid him through the PTSD that his life became more manageable. Capt. Louis is the first paramedic in the USA to use a service dog on the job.

The duo demonstrated how Star physically becomes a barrier when too many people are around Louis, and "watches his back" while he is working, freeing him to worry only about his patients. Star rides with the squad and maintains a low profile, only concerned about Louis and his well-being. When Star is working, she wears a vest, but when the vest comes off, she transforms into a playful one-year-old pup!

Outside of work Capt. Louis’ passion is to educate people about service dogs, and PTSD. As future healthcare workers the radiologic technology students learned that service dogs accompanying a patient in the hospital are at work, and should not be petted or spoken to. Attention needs to be solely on their human partner’s health and well-being. Capt. Louis explained that those with PTSD service dogs need their canine companions to keep them grounded and present in certain situations, and that the dog’s acute sense of smell can alert them to psychological changes before they can fully manifest into physical behaviors. Facts about veterans, first responders, and possible patients who suffer from PTSD were eye-opening to our students. They learned a lot from the open-hearted Captain.

One student remarked, “Captain Louis and Star were great!! I was so interested in what he was saying. I think it really helped get a feel of what PTSD patients go through on a day-to-day basis. Now I know to be mindful of people/patients with these [service] dogs and give them both the respect and privacy they need.” 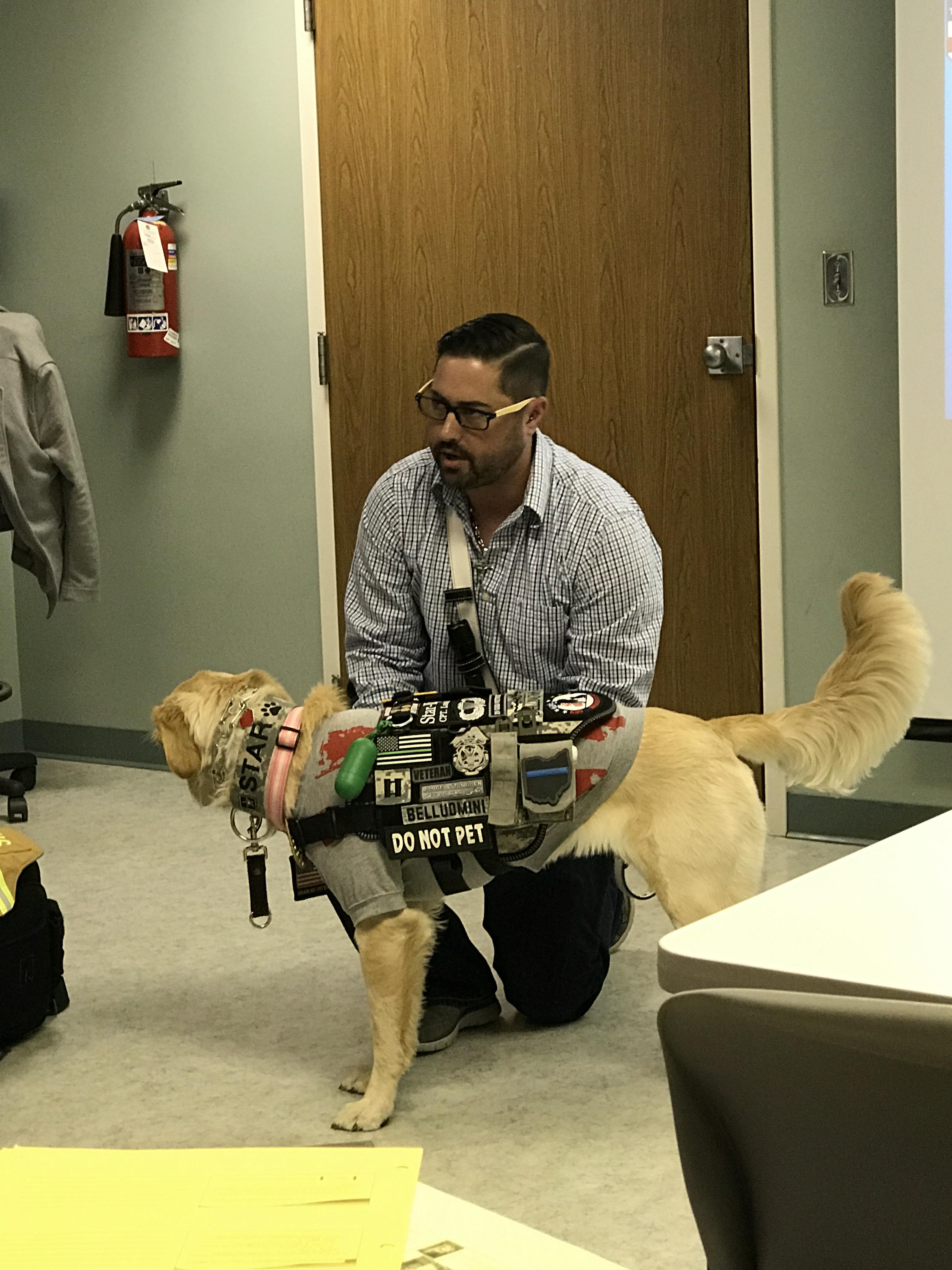 Captain Louis Belluomini and his service dog Star during their June 27 talk at Mercy College of Ohio. 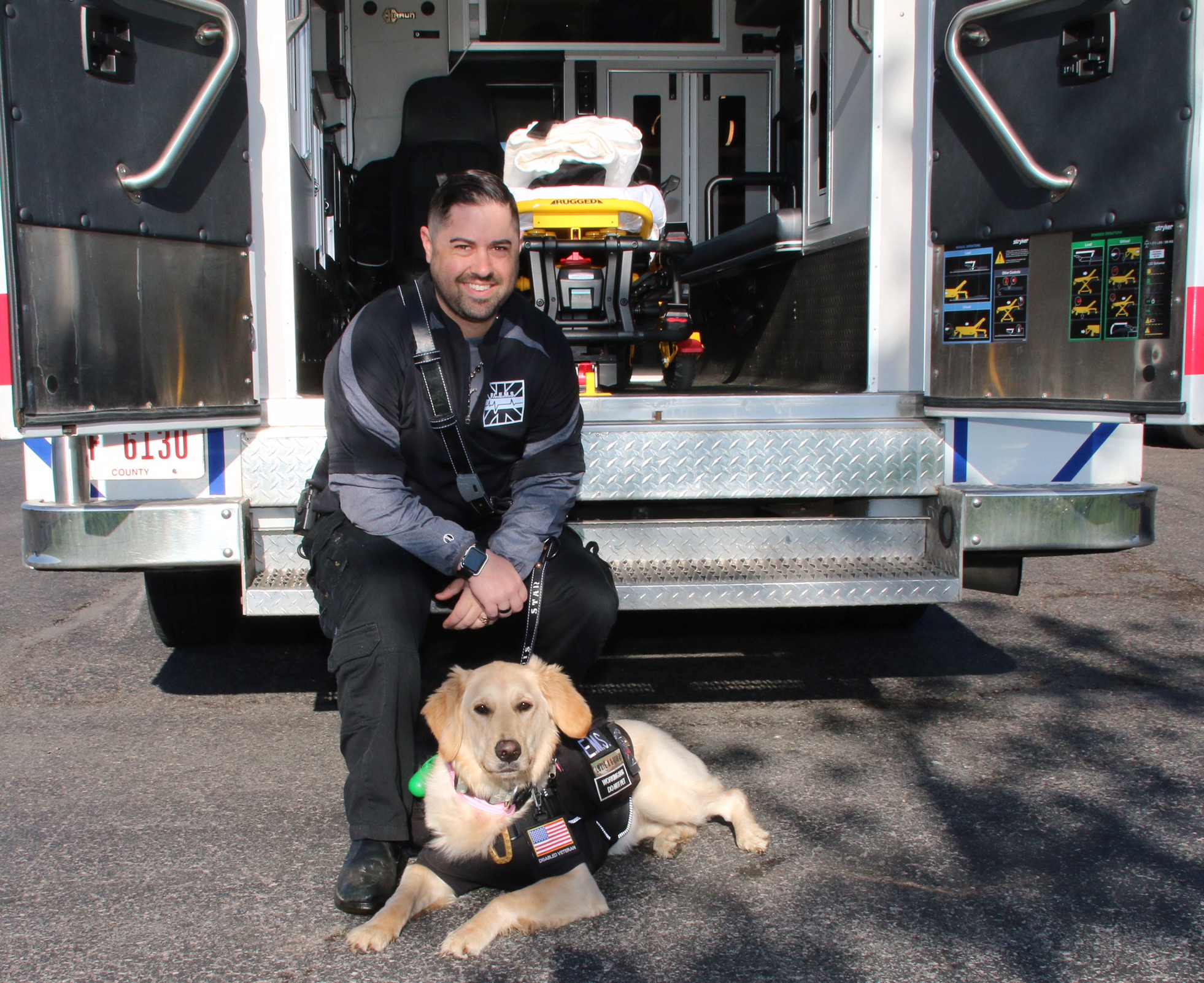